THE UNDERESTIMATED IMPORTANCE OF COMPANY VALUES 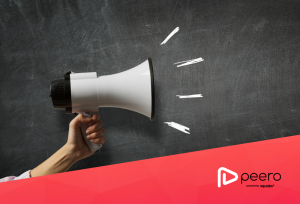 Define the main features that characterize your culture

Nearly nine in ten or 86% of millennials (aged 22-37) would consider working for a lower-paid job if they could work for a company whose mission and values coincide with their own, according to a LinkedIn workplace culture study. However, this is not the only benefit for companies that have set appropriate company values, which are also brought to life on a daily basis as part of the general atmosphere at the workplace.

Involvement is an important factor that can assess how determined, energetic and purposeful employees are in their work. Employees who are not involved are likely to put in less effort and could leave the organization without any concern. According to a survey conducted by the State Chancellery on the involvement of public administration employees, a fifth of employees mention belief in the company’s goals, values and understanding as a reason for their work bringing the whole organization closer to achieving these set goals. Involvement usually grows with job satisfaction and morale in the workplace. Meanwhile, according to research by the “Social Market Foundation”, satisfied employees are up to 20% more productive than their colleagues who are not satisfied with the work environment.

A good way to make employees interested, satisfied, and, most importantly, loyal is to introduce them to the company’s values, while bringing those values to life on a daily basis – both in communication and by showing them in practice. For example, if one of the company’s values is care for the environment, employees should not be motivated to print large documents within the company, instead to organize the flow of documents digitally, sort office waste, organize employee clean-ups, etc. Well-defined company values will allow not only to attract new employees, but also to establish long-term and stable working relationships with every employee of the company, whose values coincide with the company’s values.

Values help employees understand their role in the company

Employees who understand, believe and agree on values with the company in which they work are able to better understand their role in the company, the company’s overall goals, as well as the tactical steps that lead to their achievement. It is also clear to employees how exactly their contribution brings them closer to this common goal, which in turn makes employees feel needed and valued. Adam Grant and Franceska Gino have conducted a study on whether a valued employee is more productive, and their hypothesis has been confirmed.

However, company values that do not work in practice and are not demonstrated can reduce employee engagement and trust in management. For example, a company’s manager which declares diversity as one of the company’s values, while showing a worse attitude towards employees who are visually different from him or herself will not go unnoticed by the employees – in this way, the company and its manager can only get the image of liars.

Every company needs to think carefully about what values it wants to represent, whether or not to bring these values to life on a daily basis and how to do so, as well as how to present these values to its employees. Qualitatively and successfully defined values form a positive chain, promoting employee involvement, satisfaction and raising productivity, as well as allowing to create a loyal team that strives towards the company’s goals as a single unit.

R Grupa: closing the virtual gap between employees on the field and in the offices

Peero, fostering engagement across our teams, helped close the virtual gap between employees on the field and in the offices.